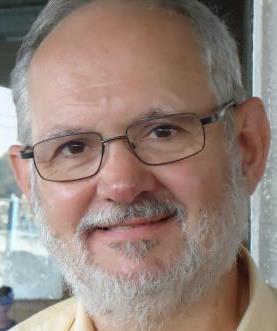 I'm an astronomy writer, originally from London, England. For several years I lived in Cyprus, a beautiful Mediterranean island where I made my best astronomical observations - so far! Now I live on 48 dark-sky acres in rural Jackson County, Michigan, where the weather is unfortunately not so cooperative. (My wife Carol is from nearby Kalamazoo, Michigan; we settled here to be close to her family.) I studied astronomy at the University of Edinburgh, but got side-tracked into statistics which I went on to study at the London School of Economics. I worked in the British Government Statistical Service before I switched to my current less well paid, but much more rewarding, occupation.

My main interest over the years as an observer has been variable stars. For some years I directed the Variable Star Section of the British Astronomical Association, and since 1963 I've made more than 30,000 visual and photoelectric observations of variable stars. I've been writing about variable stars occasionally in Sky & Telescope, the UK magazine Astronomy Now, and other publications. I've contributed to many books, and wrote the variable-star volume (No. 8) in the Webb Society Deep-Sky Observer's Handbook series.

My other interests are foreign travel, languages, world history, world literature, classical and world music, musical instruments, wildlife, the arts and sciences, and everything else. I spend my time outdoors or buried in books, looking up a telescope, down a microscope, through binoculars or behind a camera, listening to music or playing it. These activities leave little time for work, but one must make some sacrifices.